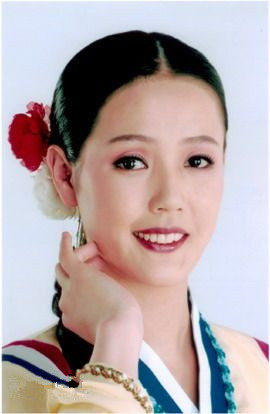 Zhao mingai, female, graduated from the Pyongyang University of music and dance and a dancer of the Korean wanshoutai dance company. Zhao Ming, who is beautiful, is synonymous with "purity, happiness and liveliness" in North Korea. Kim Jong Il has been named the "flower of reunification" of North and South Korea, and has attracted people's attention.

For this reason, Kim Jong Il also specially allowed Zhao mingai to be a new advertising model for Samsung mobile phones, which was also the first time that North Korean actors appeared in Korean pr