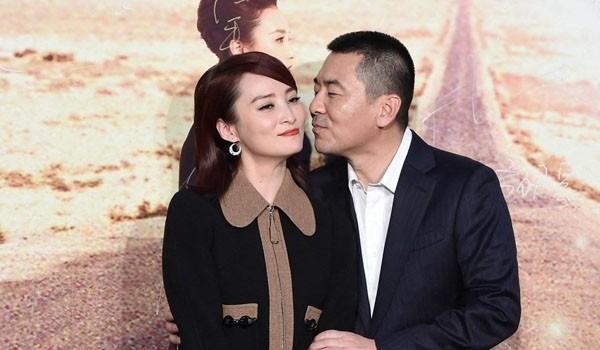 On April 2, Jiang Qinqin published several pages of her husband Chen Jianbin's poetry collection on his personal social platform. Jiang Qinqin wrote in the accompanying article: "Mr. Chen, please find a reliable printing factory next time! Many wrong words in Jianbin's poetry collection I make complaints about my wife's online Tucao's poems, but I'm afraid Chen Jianbin is only one person in the entertainment circle. 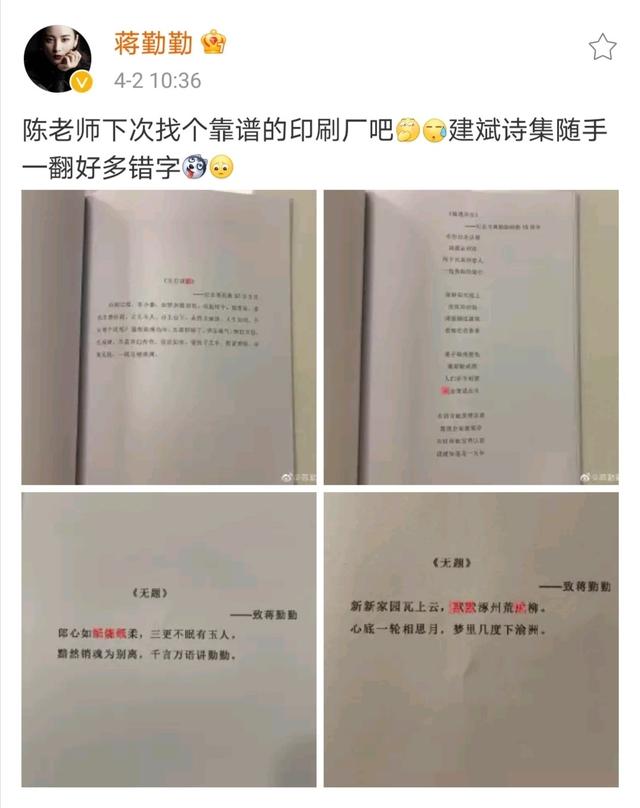 In these pages, which Jiang Qinqin exposed, are all love poems written by Chen Jianbin to his wife. Some commemorate Jiang Qinqin's 35th birthday, others commemorate his 15th wedding anniversary, and there are two "to Jiang Qinqin.". In the poem, Chen Jianbin's love for his wife is expressed in a subtle and moving way, with praise for his wife and missing his wife while working outside. Among them, the most important one is "let it be -- in memory of the 15th anniversary of marriage with Jiang Qinqin". The last two paragraphs were praised by the majority of literary and art youth. Netizens lamented that Chen Jianbin was an excellent poet who was delayed by acting! 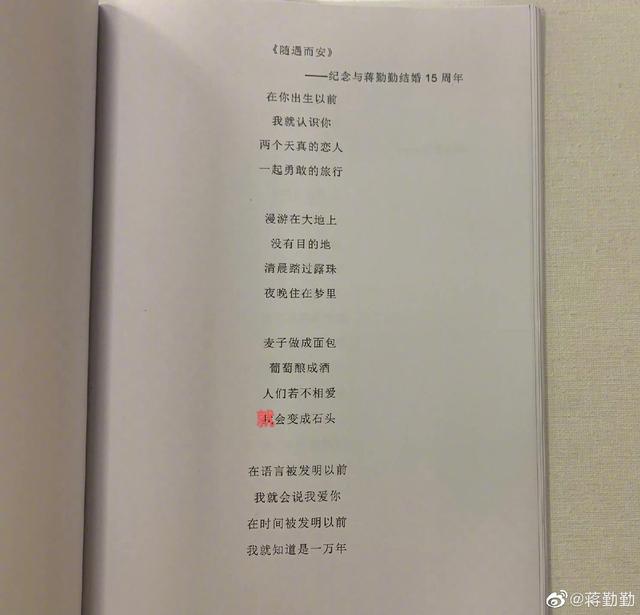 However, due to the printing quality problems, several typos appeared in the original beautiful verses, which were marked by Jiang Qinqin in bright red, so the painting style changed from warm to funny. Netizens make complaints about the fact that the official Tucao is too tough. Save some respect for Mr. Chen. But although Jiang Qinqin seems to make complaints about the word "Tucao", the four capitals she chose were poems written by her husband to her. It seems that Jiang Qinqin is "not in wine" but secretly shows love. 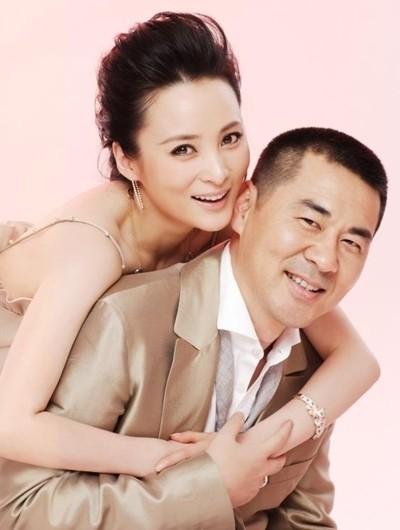 Speaking of poetry anthology, it is actually because Jiang Qinqin and Chen Jianbin recently participated in the variety show "wife's romantic journey 5". Before Jiang Qinqin started his trip, he found a Book of poems stuffed in his suitcase. It turned out that it was written and printed by his husband Chen Jianbin. The poetry collection was also carefully wrapped with wrapping paper and ribbon, and netizens felt the deep love between their husband and wife across the screen. 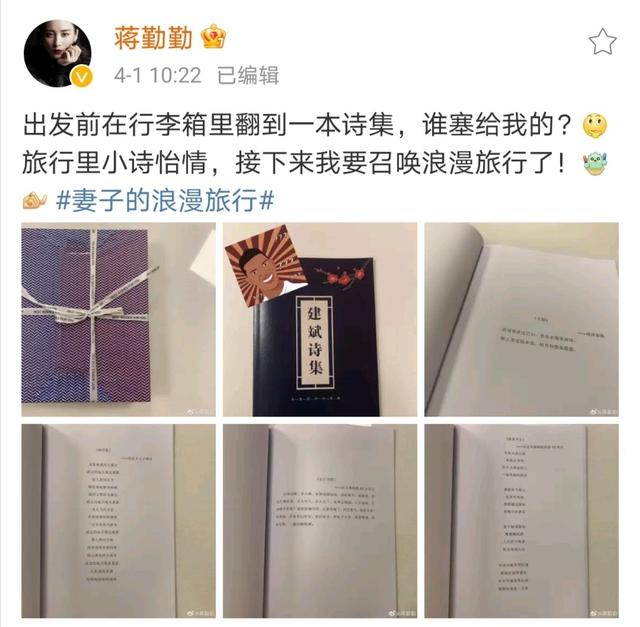 Although Chen Jianbin is praised nowadays, in fact, Chen Jianbin and Jiang Qinqin had been on another variety show before. At that time, Jiang Qinqin was pregnant, with a big belly and inconvenient movement, but he had been working hard to do a lot of housework. Chen Jianbin, like his "emperor", seems to have no intention of helping his wife. After the program was broadcast, Chen Jianbin attracted a lot of abuse. Some people questioned whether Jiang Qinqin was happy after his marriage. Now look at it again, that's the happiest thing. Sure enough, only the couple can know the most about their affairs! 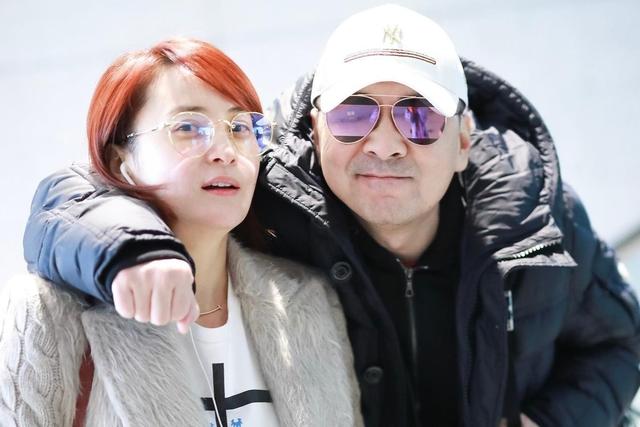 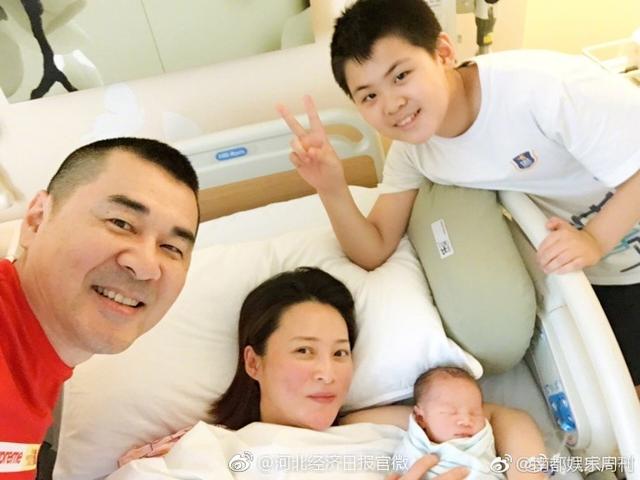 Master Lin said: Chen Jianbin, Jiang Qinqin and his wife are both powerful actors, but Jiang Qinqin has greatly reduced the workload after marriage and spent more time with husband and son. Now that the two children are older, Jiang Qinqin is slowly coming back, looking forward to more of her works! 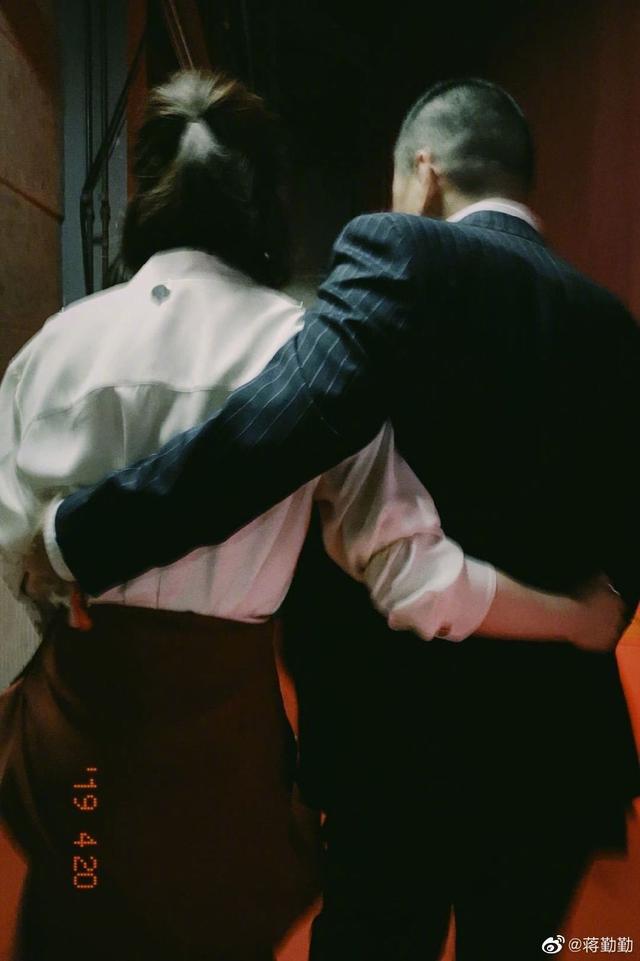 Disclaimer: the article was originally created by master Lin entertainment team. Plagiarism is prohibited. The pictures are from the Internet. Please contact to delete the infringement. More entertainment information is in master Lin. 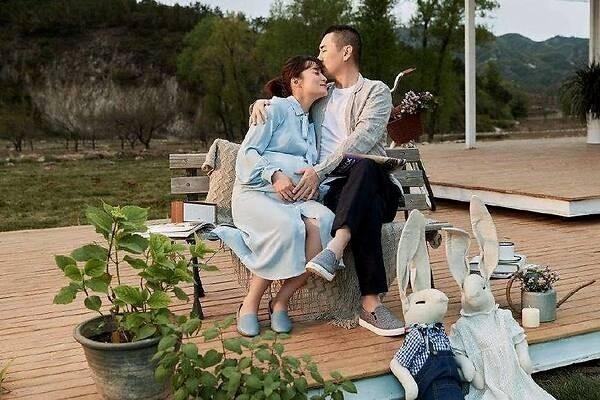 The spring Japanese drama "silent dedication of Cinderella pharmacist" has recently been broadcast. The highlight of the film is probably ······